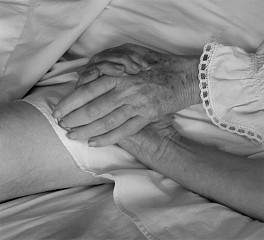 On May 30th Ivorypress (Madrid) will present Lifeline, the first solo exhibition in Spain of photographer Mariana Cook, which will also be included in PHotoEspana's Festival Off. The exhibition features forty photographs selected from hundreds of images that Cook made between 1999 and 2015 as part of her "Close at Hand" series, for which she made one photograph every day of objects, forms and light abstractions that moved her. In conjunction with this exhibition, Ivorypress has published Lifeline, a volume containing all the works presented in the exhibition, with an introduction by the world-renowned poet Jorie Graham.  The exhibition will be open to the public until 15 July 2017. 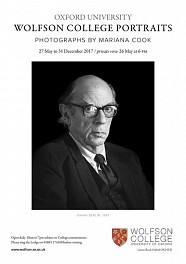 Fifteen portraits by Mariana Cook will be featured at Wolfson College, Oxford University, England. Cook's Wolfson portraits include past and current college presidents Isaiah Berlin and Hermione Lee, the scientist Marcus Lu Sautoy, the pianist Alfred Brendel, the classicist Mary Beard, and the former President of Ireland, Mary Robinson, among others. The exhibition will be on view May 27 through December 31, 2017.