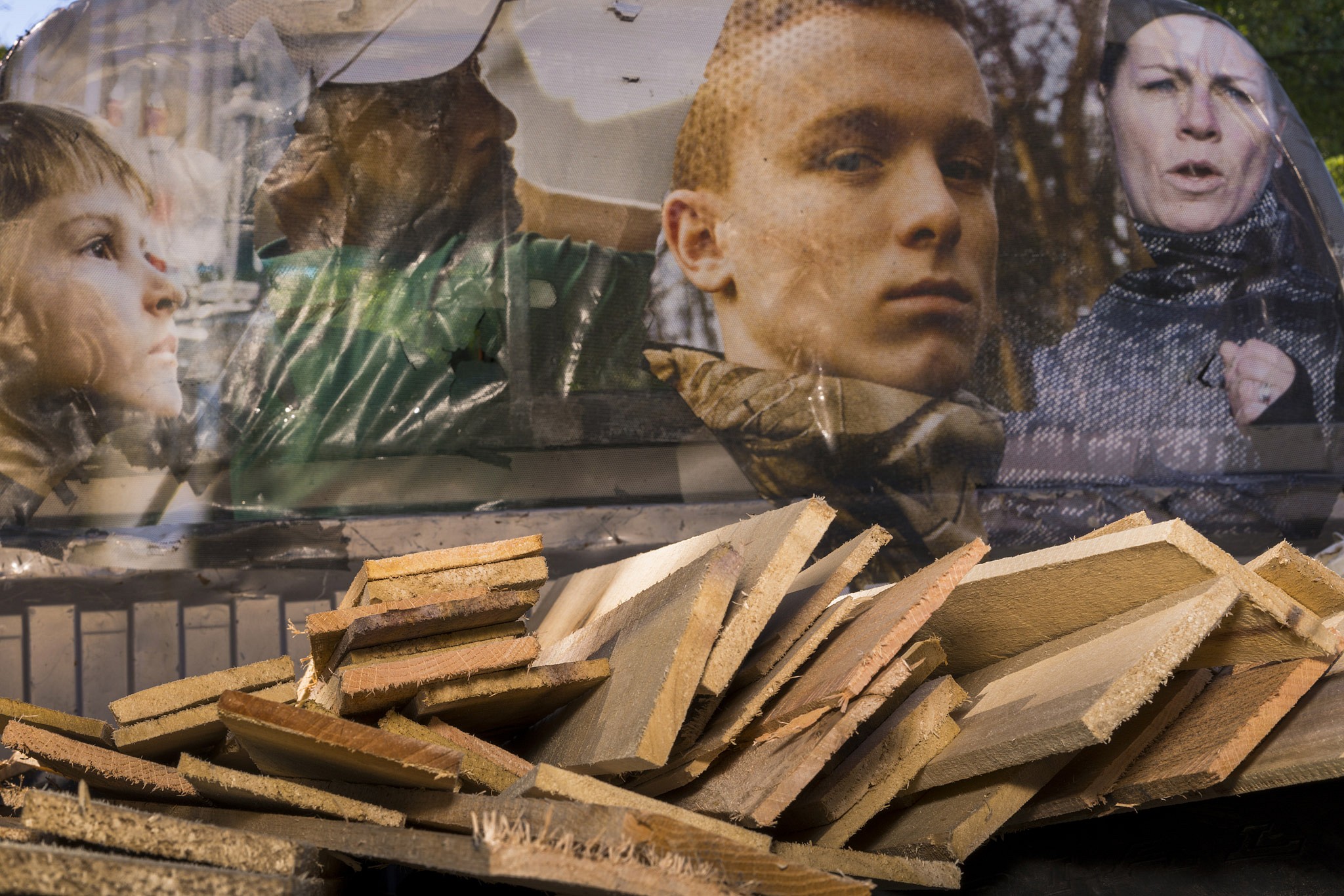 ONLINE ONLY, please call for appointment.

Rendering the Concept of Home

“At our best and most fortunate, we make pictures because of what stands in front of the camera, to honor what is greater and more interesting than we are. We never accomplish this perfectly, though in return we are given something perfect — a sense of inclusion. Our subject thus redefines us, and is part of the biography for which we want to be known.” (Robert Adams, “Two Landscapes,” in Why People Photograph, New York: Aperture Foundation, 1994, 179. Originally given as a talk at the Philadelphia Museum of Art in 1989, originally published in The Ohio Review in 1992). Robert Adams perfectly highlighted this fortunate truth regarding photography when he spoke these words during a talk at the Philadelphia Museum of Art in 1989. This action of being creatively privy to the surrounding world as an artist and also allowing the work made to describe oneself, can be associated with Mike Smith and the impact both his images and teaching have had in East Tennessee, as well as the medium of photography in general.

It was an accident that I got to know Mike Smith. I did not originally commence my time at East Tennessee State University as an art student, but after a few years of working in a different field, I had a desire to explore a creative alternate and set my sights on taking a photography course. Prior to this, I had never thought about photography in a serious manner, especially not as a form of art. The only camera I owned at the time was a relatively inexpensive 35mm point-and-shoot, which I used to snap seemingly endless and unedited pictures of friends and family that would eventually find their way to the storage box graveyard. In theory, using this photography class as a divergent activity from my usual studies was a good plan, but in reality that one course with Mike ended up having a profound impact on my time at ETSU, art making process in general, future education, and current profession. I think it is safe to say that all of the artists represented in this exhibition and catalogue are fortunate to have spent time under Mike Smith’s capable and critical instruction and influence.

One of the first things that struck me about Mike regarding his poignant lectures laden with a wealth of iconic images, was that he is part of a genealogy of great photographers. Instructed and mentored at Yale by Tod Papageorge (who himself was steeped in the work of artists including Paul Strand, Robert Frank, Henri Cartier-Bresson, and Garry Winogrand), Mike absorbed the rich influence of artistic predecessors and peers, honed a critical eye that has been informed by the Modern photography giants of the early- to mid- 20th century, and managed to embody a contemporary aesthetic that speaks directly to a specific time and place, notably rural Appalachia. There are many capable photography instructors, but fewer who have dedicated decades of their life to investing in one place, not because it is convenient and comfortable, but because the people, place, and opportunity for creativity comprise their existence. To get to know a place on such an intimate level, thus portraying an honest representation of the surroundings is a rare occurrence. Mike’s successful tenure at ETSU is not measured merely in the thoughtful work that he steadily puts out, but the numerous students that will carry on his lineage, both consciously and aesthetically.

When acquaintances often ask me about the South, as if it is a mystical place, I tend to list a few photographers that I know have accurately and poetically described my home region. Walker Evans and William Christenberry are usually included, while William Eggleston, with his visually stimulating color images of Memphis, will always reign as king in the western portion of Tennessee. However, when describing East Tennessee, I often thrust Mike’s book, You’re Not From Around Here, into their hands and let the photographs speak, as he does a better job than I ever could verbally. Having lived in several major cities since leaving East Tennessee, I am constantly revisiting the concept of “home.” Mike’s photographs invoke a simple familiarity in landscape and subject matter, yet are complex enough to leave the viewer asking questions about the people and places represented. It is this dichotomy that I find gives presence to his photographs and keeps me scanning the frame for nuances that initially went unnoticed.

Robert Adams continues in the above quote to state the idea of home, encompassing both “place and condition,” is what keeps him photographing. I am inclined to believe there is a similar vein of truthful sentiment running throughout Mike’s productive sensibility as an artist. While his pictures address an identity of a culture, they simultaneously speak to his presence in East Tennessee and the balance between being invested in a place, and the desire to keep looking and unearthing new ground within familiar territory, never growing too complacent. It is difficult for me to be objective about Mike Smith’s work. I feel emotionally tethered to his geographic subject matter and his straight-forward sensitivity, and I am also a product of his decades of dedication to academia. However, the beauty with his photographs is that they beg you to look critically, to observe what he has eloquently presented to viewers in a confrontational manner, and to absorb the raw facts that are intertwined with the wit and vulnerability.

The photographs chosen for this exhibition are a small sampling of the archive of images Mike has assembled over the years. As is evident with the represented work, it is ever evolving. The more images I see, the more I am reacquainted with my home in visually surprising ways. The pictures are sometimes crude, raw, clever, breathtaking, but always Mike’s way of interpreting the area, and we, as viewers, are lucky enough to share in the experience of looking through his lens. Much like Robert Adams, who took it upon himself to describe the transforming landscape of the American West, and Edward Weston who previously provided a glimpse into his adopted coastal California home with such care and detail, Mike Smith has afforded us the same opportunity to become intimately acquainted with a region through his images of East Tennessee. This exhibition is proof that his creative perception and academic accomplishment have influential weight, ultimately impacting the genealogy of photography for the good.