Lake Pictures, by Lucinda Devlin, is a wonderful new book that celebrates the variations on a theme of Lake Huron, one of the American Great Lakes. At one level, every picture is the same. A square image, the horizon set in the middle, water below, sky above. But after that, the collection ranges through weather and light to create a type of photo-poem that asks us to hold each image, each memory, in our head as the new variation is revealed. 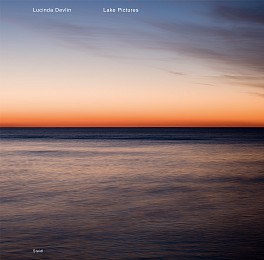 Lake Pictures is a series of color photographs of Lake Huron, one of the Great Lakes with borders on the state of Michigan and Canada. The pictures--made from the same vantage point during different seasons, times of day or night, and weather conditions--explore the changing character and nature of the lake. There is an interplay of day and season, wind, sun and moonlight upon the reflections and water's surface and the variously colored glows of the atmosphere above.  Precisely bisecting Devlin's square images, the thin line of the horizon suggests the immensity of the space between these two elements, pulling the viewer into the center of the photographs where they converge. 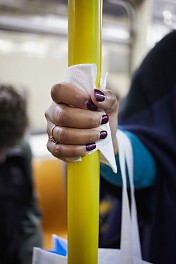 Curator of photography Eric Paddock shared this photo series from artist Gus Powell. Known for his street photography in New York, Powell is observing the new (or not so new) ways city dwellers interact with the city and each other during this time of social distancing. 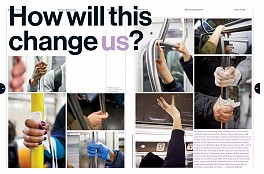 People are changing their behavior fast to contend with the new coronavirus threat. Those who must still take transit, for example, wonder if avoiding surfaces on trains and buses will help them stay healthy. A survey of about 11,000 people in 11 countries conducted in early February by Britain's Reckitt Benckiser Group Plc, which makes cleaning products under its Lysol brand, found that 44% are avoiding crowds and 29% are staying off public transit. Campaigns from public-health agencies seem to be resonating: 54% said they're washing their hands more often, and 32% are trying not to touch their eys, nose, and mouth. Whether any of the lessons on cleanliness will lead to lasting behavioral changes is perhaps a question for later. (view Gus Powell's photographs from this story here) 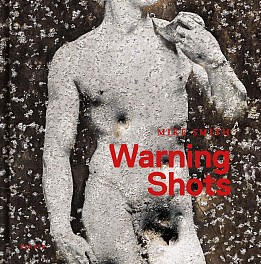 “Is this still a red and blue world? I see it as dark as night. Not that it is obscure; rather, it’s opaque.” Eudora Welty, On Writing, 1949.

Warning Shots by Mike Smith is not an easy book of pleasing pictures from the quaint, rural South. This is not a book filled with hope of a brighter future, at least not at first glance. It is dark as night.

It’s in this darkness of shadow that we see the first person emerge after a dozen photographs into the book. It’s Smith’s shadow cast onto the first few steps of a home whose lawn is decorated by black lawn-jockeys. 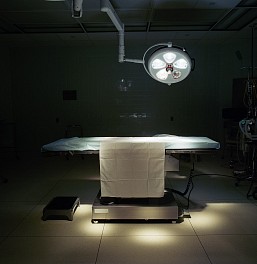 Lucinda Devlin has a featured interview in the new issue of Yield Magazine, Snite Museum of Art at the University of Notre Dame.

Lucinda Devlin (LD): When I was young, I was interested in interior space, and I used to make a lot of mock-ups and models. I used clay, and I made rooms. I'm not sure why, but I had a real interest in that. When I went to college, I thought I would get a degree in interior design. The school I went to did not have an interior design program, so I became an English major with an art minor. It wasn't until the end of my four years of college that I ended up taking a three-dimensional design course. We were expected to do a project that dealt with time, and I chose to use a camera, and really, that was the beginning of my interest in photography.

"Photography and Memory" at the Philadelphia Museum of Art

Jen Davis is included in the current show, "Photography and Memory," at the Philadelphia Museum of Art, through fall 2019.  Many of the pictures displayed in this installation highlight significant monuments, memorials, and landscapes. Some focus on the senses, especially touch and sound. And others connect recollection and imagination. Documentary works jostle alongside wildly experimental ones, and historical images hang next to contemporary counterparts. Viewing these selections offers us a moment to reflect on the nature of memory and its importance to photographers and artists throughout history. 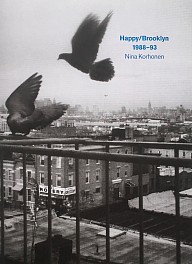 Nina Korhonen has just had a new book published. The photographs in Happy/Brooklyn 1988-93 are from Korhonen’s first photography project. During her time as a photography student in Stockholm she traveled to Brooklyn to visit her grandmother Anna and to tell the story of Finntown, a part of Brooklyn that in those days was inhabited by Finnish immigrants. On the weekends she visited Coney Island, photographing people swimming, adolescents roaming the beach and families on picnic.  “Life and taking photographs were pleasurable, simple and unpretentious. This book is a tribute to all the people I met, and to that which was, which never will be again. Remember.” 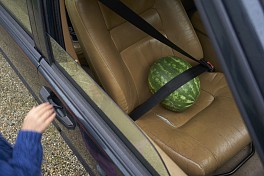 With Family Car Trouble, Gus Powell plays with the form of the novel, both as material object and as narrative vehicle for expressing interior life. The work records and reckons with the arrival of children, the departure of a father, and the maintenance of a difficult 1992 Volvo 940 station wagon--a new classic of the Automotive Bereavement Parenting genre.  It’s not for everyone, but it might be for you! 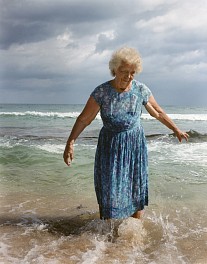 The exhibition “Anna Amerikan mummu” featuring works by Swedish photographer Nina Korhonen will be on view from January 17-February 24 at the Latvian Museum of Photography, Riga.

According to Korhonen, the show is a story and tribute to her beloved grandmother, Anna. The photographs, made in New York and Lake Worth, Florida between 1993-1999, depict everyday life--sensual, warm, and with much humor. The exhibition is a tribute to an elderly woman who sought a different life and found it. The journey to America had been her grandmother’s dream since she was eight years old and promised to follow her aunt to the great “Wonderland”. Anna was 40 years old, and it was a difficult time in Finland, impossible to find a job. Her husband Kalle had travelled as the chief engineer to all the great ports of the world, now he thought that it was his turn to stay at home. In spring of 1959, Anna realized her life’s dream and alone, with a couple of hundred dollars and no special skills in the English language, she took the airplane to New York. She lived in Brooklyn and worked as a cook in a wealthy family in upper Manhattan. Anna flew to Tampere, Finland every summer and Kalle flew to her in New York every winter. When Kalle died in 1985, Anna gave Nina his camera. A few years later, when she found old colour photographs from their trips, she decided to keep portraying Anna in her own way. She visited Anna regularly for two or three weeks at a time and photographed her in her home and favourite places. Anna called Nina her “back-scrubber,” and Nina listened Anna’s stories and learned about her “Amerikan mummu”. Anna spent 40 years in America. She died from cancer at 83 years old. For the last six years, she had the beloved sunlight all year round. She travelled between her three homes – spring and autumn in New York, summer in Finland and winter in Florida. It was exactly as she had dreamt it would be.